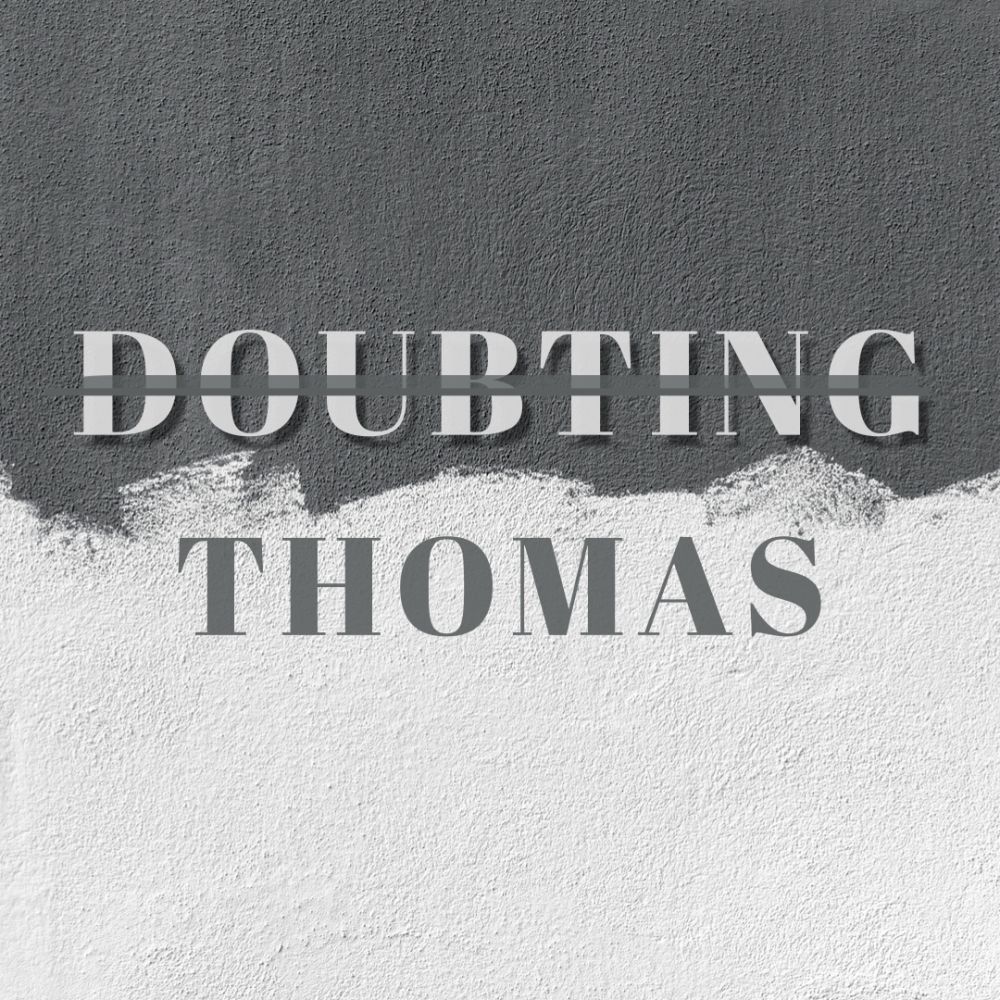 More Than Our Worst

Sometimes I feel paranoid knowing that there are people out there who have seen me at my worst. Why? Because of an underlying fear that the mistakes I have made or the sins I have committed will become the only lens through which people see me. Simply put - I don’t want to be known by and labeled for the worst things I have done. I would venture to guess I’m not alone in that.

When we left John’s gospel on Easter Sunday, the fearful, huddled disciples had received both peace and Spirit from the resurrected Jesus. If we keep reading (John 20:24-29), we discover that a puzzle piece was missing: Thomas had not been with the others during their initial encounter with Jesus. When he was told what had happened, he responded, “Unless I see the nail marks in his hands and put my finger where the nails were, and put my hand into his side, I will not believe.”

Fast forward a week and all of the disciples, Thomas included, wound up back behind locked doors. Once again Jesus appeared to them and pronounced peace. He then turned to Thomas specifically and offered for him to touch his wounds pleading with him to stop doubting and instead believe. Thomas then made a bold and unique declaration of Jesus’ Lordship, and the scene ended with Jesus declaring, “Blessed are those who have not seen and yet have believed.”

I am a big Thomas fan, probably because I feel so much empathy for him. For a long time, I have cringed at the label, “Doubting Thomas.” You’ve likely heard this before if you’ve been around Church for awhile. I know, I know - you’re thinking, what’s the big deal, Miranda? He clearly doubted, Jesus called him out, and we need to learn from his lack of faith. It’s just a phrase.

Here’s the thing: Thomas should not be reduced to this situation. We don’t call the disciple Peter, “Denying Peter,” or the apostle Paul, “Murderous Jew.” Sure, it would have been ideal if Thomas had believed without needing to see or touch. We like to forget this fact, though: the other disciples got to see without asking! Who knows how each one would have responded if they had been the one who missed out on that Easter visit. And let’s also not forget that the same disciples who saw Jesus first were still hiding behind locked doors a week later. Why do we only call out Thomas in this situation?

I am, of course, not saying Thomas’s demands and lack of belief were ideal. Jesus is speaking truth in love here: don’t doubt, believe. We often miss in this story that God also desires our honesty over lies. Thomas was struggling to believe, and instead faking belief, he expressed his doubt. What if we called him, “Honest Thomas?”

Jesus didn’t write Thomas off but met him where he was. He showed him the marks. He extended love and grace. He also called him to a deeper faith: one that does not require sight or touch.

Thomas was still a disciple and would go on to make disciples. He likely died as a martyr because of his faith in God. He was more than the disciple who struggled to believe his friend was resurrected.

Let’s all stop right now and remember how it feels to have long-term labels placed on us based on when we’re at our worst. Not great, right? I think we can learn from both personal experiences and our somewhat unfair treatment of Thomas that our labels matter.

Each time you are tempted to reduce a person to the worst you have seen in them, whether out loud or in your head, commit to do a few things: remember Jesus’ words about judgment and the plank in your own eye (Matt. 7:1-5), consider how the person would feel if your words or thoughts were made known to them, and reflect on the countless examples of Jesus continuing to call and shape people rather than fixating on what they were at their worst.